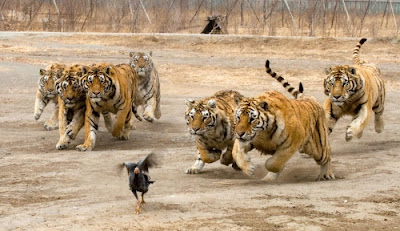 After fighting and dealing with three, I had to deal with twenty more who swarmed and encircled me. Didn’t see that coming.

Punches, elbows, forearms, hammer fists and chops worked. Knocked out a few but knocked down a lot more of them.

Kicks and knees wouldn’t work. There was just too many of them and they swarmed too fast.

I wasn’t tired until I stopped fighting. Must have been the adrenaline working.

Didn’t see very much, because it was too dark to see. I could only see the asphalt as my face was heading towards it from being hit in the back of the head and shoulders by a bat or two by four. And shoes kicking and stomping me, everywhere at once.

Every time I moved my arms I hit someone, whether moving my arms forward or back. My fists and elbows were both swollen from hitting people, talk about close quarter fighting.

You had to fight offensively and move quickly. Even your defense had to be offensive in nature.

Trying to grapple or ground fight would have killed me. Too many attackers.

Striking and moving was the best way to fight. Didn’t extend the arms too far, too many fists coming at you to block or parry. The further you extended your arms out the more you got hit; you opened yourself up too much.

Being explosive first, having endurance second and finally having isometric strength last seems to be the best way to train for this.

Nobody came to help only to fight me. My two friends were pinned to the wall by others.

You can take a lot of pain and keep fighting. Fear of death tends to keep pain at bay.

Never give up! Keep fighting till the end! Or it will be the end of you!

Use the environment. Walls and cars work well, so do edges of buildings.

Strength and skill won’t keep you alive; God, luck and tenacity are the things that will! Believe me I know first hand.

Running is a 50/50 chance at best. They may catch up to you and drag you down. Where will you run to? Where will you go? How much of your precious energy will you use up?

I later found out these same punks chased down another guy for four blocks and surrounded him at the top of a four story parking garage and beat him into a coma. So much for running.

Nothing good ever happens after midnight. Just ask Cinderella or me about that.

The police never showed up, never! You only had yourself to rely on.

Make sure you get checked for any cuts, holes or cracks. You don’t want to be dying slowly and not know it.

Let the adrenaline go! You don’t want to hold it in, get rid of it as soon as possible.

Don’t wrestle, hit and move, that’s all the time you have for! Don’t waste your energy, forget submissions or chokes.

Don’t go to the ground on purpose! You’re only going to get kicked and stomped on.

Kill the head, kill the body. Take out the leader, the mouth; this can stop the assault very quickly. That’s what I did!

Spread the attackers out, linearly if possible. Less will want to fight you; some will step out of the fight. You’ll have more space to move and fight.

When you decide to make a stand, make sure that there is a wall, fence or car behind you, so that they can’t get behind you. Stand a few feet away from it so you can move explosively.

If you go down to the ground get up as fast as you can, don’t even hesitate for a second, get up!!! Don’t lay there and die!

Don’t listen to your internal dialog, unless it’s yelling at you to get up or fight! Otherwise you won’t be all there; you’ll be somewhere else. Stay focused!

My fists were swollen but not broken and I know I was hitting them hard and powerfully. Just goes to show what happens when you condition your fists and know how to hit bare-knuckle.
You’ll be swollen, in pain, bloody and your clothes will be torn, don’t worry all these things can be fixed. Just be glad you’re alive.

Learn from the experience. The school of hard knocks is the only place where the test is given before the lesson is learned.

And finally no matter how badass you think you are, there is always someone or multiples of someone who will prove you wrong. So be careful out there.

I hope you learned a few things from this multiple assault, I know I did. This was just a glimpse of a multiple attack and what I learned from it. My hope is that you never have to experience this type of violence in your lifetime. But if you do, learn from my experience and train to be ready for it or at the very least to know what to expect before it happens.

And lastly train as realistically as possible and get rid of all the myths and fantasies about multiple attacks.

Until next time, be safe and take care.