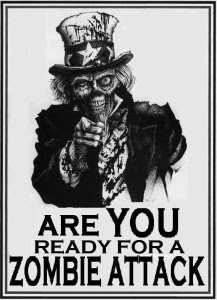 Adaptation is important in fighting and online videos

Last week I shot a quick video to throw up on YouTube that covered basic defense and counters to a hay maker punch. The key take away from this is not so much about technique, but more about developing the ability to recognize targets and exploit those opportunities on the fly.

Shooting a YouTube video with an experienced partner is completely different, and less realistic than doing that video with junior students or individuals who have no martial arts training. Experienced training partners know what is expected from them, and they react exactly as you want them to. That's how the technique on some of those martial arts guru videos appear so clean. But if you try and shoot an unrehearsed video with a newbie you'll get a reaction that is true to what you'll see in a real street fighting situation.

This video, I think, proves the point. I did the shot with a newer student who had not yet learned the techniques I was demonstrating. His reactions forced me to adapt to the situation in real time in order to eliminate his threat. This is especially true against multiple opponents.

I highly suggest that you add "playing" to your training regimen. Playing, as I call it is having a partner throw a specific technique (punch, elbow, knee, kick, knife attack, etc.) and as you counter you play with various counters. Look for targets, and use angles & footwork to move around your opponent. And drill this over and over, It really helps develop quick thinking and situational awareness.

Remember, there's more than one way to skin a cat, especially if you happen have a karambit!