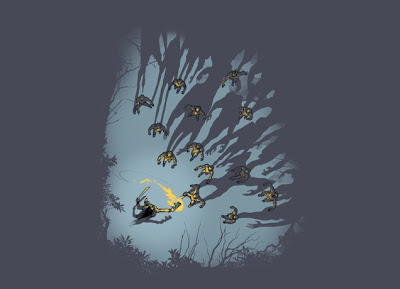 How It Really Goes Down in a Multiple Attack

If you get on the internet, you’ll find a large amount of information on multiple opponent fighting. A large percentage of it is crap, but not because it isn’t any good. In fact a large amount of it is very well thought out and logical, but unfortunately it’s just conjecture and theory. In other words it’s just an educated guess.

My friend Richard Demitri has a saying on his website at Senshido.com, “Ask the experienced not the learned”. Now why is that? It’s because they’ve been there and done that. They can tell you things that books and theory can’t. They have what I call “Three Dimensional Knowledge”. They’ve been through the wringer, they have studied and understood it, and they can explain it.

Most theories have a one dimensional or maybe a two dimensional knowledge of a subject at best. They lack the third dimension, the physical, where the rubber meets the rode. Unless your theories, tactics and techniques have been tested, you won’t truly know if they work or not. The third dimension is the proving ground; it lets you know what is and what isn’t. It gets rid of the illusion and shows you the reality, there is no bias it just gives you the plain truth. Then it’s up to you whether to accept it or reject it to your peril.

In the next installment I’m going to teach you about a multiple opponent attack that happened to me. I’m going to try and explain to you what happened and what worked and what didn’t. It took me some time to piece together what happened that night and what I could have done to have avoided the situation. My reason to tell you this story is to help you understand the truth of this type of assault and not the fantasy that you might believe happens in this type of attack. My hope is that you learn from my experience and become the wiser for it.

And always remember three dimensional knowledge is always the best teacher when it comes to life and death.