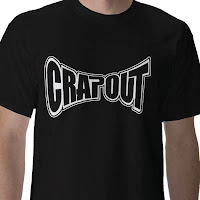 I think I've made my opinion on the use of muay thai in mixed martial arts abundantly clear, but I want to hear from you, my readers.

Perhaps I'm a purest, or perhaps its the blatant lack of actual muay thai technique used in UFC fights that has forged my opinion. Perhaps its because I believe that combat sports is an oxymoron and every time I see a TapOut t-shirt I equate it to little penis syndrome.

Most MMA fights bore me with their predictable series of half ass leg kick, a couple of wild punches, someone shoots in and it goes to the ground, hooray. Yes, there are effective stand up fighters like Anderson Silva who are proficient at muay thai, but fighters like him are few and far between.

I want your opinion. Take the poll to the right of this article or leave your comment and elaborate on what you think. Has MMA, UFC, modern StrikeForce (they used to use ISKA rules) helped bring credibility to muay thai, or is it misrepresenting a martial art with watered down techniques or lack of focus on its training? You decide.
Posted by Unknown at 9:55 PM 26 comments: