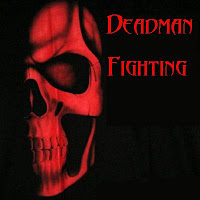 In a streetfight you must be able to move smoothly and quickly without hesitation on your part.
You must be explosive with your punches and put your weight behind each strike for maximum power output. You don’t want to be spending all night kicking someone’s ass; you want to get it done as quickly as possible.
So the worst thing you can do to hinder your survival in a streetfight is fight from a “Dead Stance”. A dead stance is one that lacks explosive power and is weak in movement and intent.
A streetfight can be very chaotic, dangerous and unpredictable, so when you need to move, you need to do it instantly. Your fighting stance needs to be spring loaded and ready to explode into action. If your fighting stance can’t produce this for you then you’ll be fighting and moving like you’re stuck in mud.
Now being explosive and spring loaded doesn’t mean that you should be dancing or bouncing around your adversary, never do that in a streetfight unless you have a death wish. What I am saying is learn to spring load your stance so that you only move when you need to. And that means training to “Load” your stance to make it explosive and powerful. Here are some ways to load your stance to make you more explosive when you fight.

· Squeeze your inner thighs slightly. These are the muscles that help drive power into your punch.
· Sit on your punch. Bend your knees slightly to give your legs more spring and lower your center of gravity.
· Squeeze your butt cheeks and anal sphincter slightly. This will engage your posterior chain of muscles which will help drive your body forward.
· Grab the ground with your feet. Paw the ground with your toes to help drive the body explosively.
· Push off with the big toe of your foot. This powerful muscle will help get you moving.
· Drive from the hips. Explode from your center to bring your whole body into the movement.
· Raise the rear foot slightly off the ground. This will help to propel you forward more quickly. Just make sure you push off the ground as you move.
Use this information to load your stance and become a more explosive fighter. But a word of warning; while being explosive in your movement is very important, so is being able to control it. But that’s a subject for another time, just be aware of it.
In closing I’ve given you enough information to resurrect your dead stance and make it more dynamic and explosive. It’s up to you now, add these skills to your streetfighting arsenal and don’t ever get caught being a dead man fighting.
Daniel Sambrano
www.SuperHeroSystems.com
Posted by Daniel Sambrano at 10:44 PM 3 comments:

The Confusion of Punching Naked

Every time I teach a new student the martial concepts and principles of fist fighting, they are very surprised at how much information they are given and how much power they are able to generate so quickly. But the students that are the most surprised are those that know how to box. Most have never heard or seen any of the techniques or concepts that I teach on fist fighting.

There are two reasons for this; first what I teach is almost 100 years old if not older, and has been forgotten, not taught or abandoned. Second, most fighters learn the sport of boxing in its modern form due to reason number one. One important thing I want you to consider is that bare knuckle boxing and modern boxing are two different animals. It’s like comparing apples and oranges, they are both fruit but they are different types of fruit. Both types of punching have different goals in mind; therefore have different ways of striking and finishing a fight. So trying to compare the two will just confuse and keep you in the dark, they are both separate and different entities.

Bare-knuckle boxing has been tried and tested in both combat and street-fighting and has stood the test of time. This is why I chose to teach the bare-knuckle form of fighting as opposed to the gloved modern form. It just makes more sense to teach a form of fighting that doesn’t use hand protection to defend itself from attack. Especially, since you won’t be walking around town with gloves on ready to fight. There are concepts and techniques from modern boxing I wouldn’t think of using in a street-fight to defend myself with. For example, I wouldn’t throw jabs or hooks to the head, also I wouldn’t come at my opponent like they do at the beginning of each round. I won’t dance around on my toes against my opponent or hold my hands in a typical boxers guard.

But then again in modern boxing I wouldn’t use many techniques or concepts of bare-knuckle boxing such as head butting, eye gouging, holding, hitting below the belt, rabbit punching, biting, tripping or throwing my opponent to the ground on his head, shoulder or neck. Although both styles of punching may seem similar on the surface, they are miles apart in their tactics, techniques and strategies when it comes to fighting. And those differences make each style both unique and important to pursue separately; that is until you can understand and appreciate each one. “The way you train is the way you will fight” is a saying that holds much truth in both styles of striking.

The poll results are in and your voice has been heard. According to your votes, I'll shoot a 2 part series on elbow & knee striking combo drills, and I'll also begin to shoot basic multiple opponent tactics drills. The multiple opponents concepts goes pretty deep with a wide number of factors to consider - but we can at least get it started, right?

If you are a subscriber to my blog I'll email you a training and drill regimen PDF as a holiday gift for being a loyal reader.. If you want to be included in this offer, simply subscribe to the blog.

Folks, this is my blog, and by know you know that I could care less about training for sport or MMA. But this is also your blog. So, I encourage you to reply to posts, or send me a message with your own thoughts and ideas about muay thai, street fighting, self defense, and yes, spicy food.

I'm humbled and thankful that you take your time to read my rants, so let me return the favor - don't be shy about posting your rants!
Posted by Unknown at 9:43 PM 3 comments: 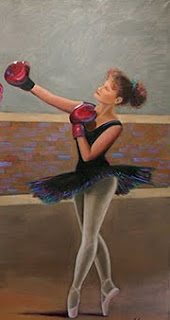