Why You Need to Fight Flat Footed 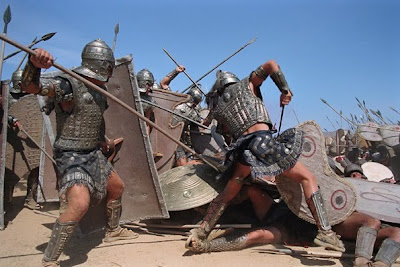 In combat or a life and death street-fight, you will be moving in a linear manner.

This is due to the adrenaline rush that shoots through your body when faced with this type of situation.

Your vision will narrow forcing you to only see what is immediately in front of you.

This is what is called “Tunnel Vision” you will also develop “Auditory Narrowing” which means your hearing will be limited.

You will be moving in gross motor patterns due to lack of blood in your limbs from the adrenaline rush.

Being human not only will it happen to you but also to your assailant.

Tactically speaking moving in a linear manner makes sense, moving forward and back, side to side or diagonal is still moving linearly.

Typical martial arts or boxing footwork like shuffling, pivoting, bouncing on the balls of the feet are all complex movements that take skill and time to master.

And this means that they are not going to be there to use when the brain goes reptilian on you.

Fight or flight is what will come to mind instead of dancing around your adversary like you’re at prom night.

It puts your weight behind each punch, balances and stabilizes your movement, and also strengthens your linear movement.

It also develops explosive shifts and drop steps which adds to the power of your punches.

And finally, it helps to root the body to the ground to deliver the force through your body and into theirs.

In ancient times warriors in Greece and Rome would fight flat footed in combat just like they do today in the armed forces.

Can you just picture a Spartan warrior dancing around on the balls of his feet fighting his enemy?

Not likely, after all it was life and death that was at stake on the battlefield.

Staying closer to the ground gave them more of an advantage at close range.

So if you found yourself in a life and death situation wouldn’t you want to fight the same way and have the same tactical advantage?
The Flat Footed Advantage

When you stay on the balls of your feet to fight you lose power.

Although you’ll have speed and quickness you won’t have the force to take someone out in a street-fight.

Staying on the balls of your feet will only engage the front quads of your legs and the calf muscles of the lower legs.

This may be fine when boxing or sparring in the ring to score points and win rounds, but it can be a bad tactic in a street-fight.

By having your feet flat on the ground you distribute the weight evenly across them.

Your glutes and hamstrings along with your quads and calfs get activated and engage your whole posterior chain giving you more power in your punch.

Fighting flat footed helps to root you to the ground, and makes you more stable and balanced.

Also you’ll be able to shift and change direction very quickly and solidly.

And one more thing, you’ll be able to absorb more impact from your adversary.

Something to Think About

How much force can you produce on your toes? I bet not as much as you can flat footed.

Don’t believe me, here is a way to find out:

Dead lift your full bodyweight flat footed on an Olympic bar, now do the same on your toes or the balls of your feet.

Which one was easier to do?

Which one was more stable?

Which one was able to generate more force?

Now walk around with that same weight across your shoulders flat footed and then on your toes, which one feels stronger?

And finally squat with that same weight again flat footed and then on your toes, which one produces more ground force?

And let’s not forget, better balance, coordination and stability when moving and striking.

This all translates as an advantage in a street-fight.

I hope I have provoked some outside the box thinking on your part.

Now am I saying that you should always fight flat footed? No! Of course not.

I just believe that too much emphasis has been placed on fighting on the toes or ball of the foot and not enough has been given to flat footed fighting.

There should be a balance of both and knowledge of when to use each one.

After all there are times when being on the balls of your feet has its advantages, like running away from a dangerous situation.
Until next time, train hard, stay safe.