Turning the Fist into Sword and Shield 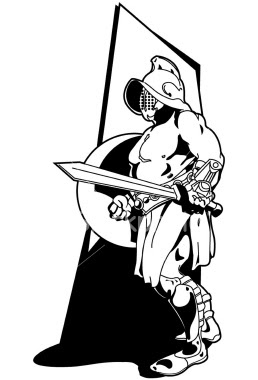 The Greeks added boxing to the Olympics in 688 B.C. in honor of Patroklos the slain friend of Achilles.

All the Olympic games of the ancient past had their origins in the need for combat training and thus closely connected to actual battle.

The ability to box and wrestle were both battle preparation activities, and so athletes were restricted to the standing battle related positions of combat.

Boxing ( Pugilism) is one of the oldest combative activities in history.

The word “Punch” comes from the Roman (Latin) word meaning to “Stab”.

The ancient Greeks considered boxing (pugilism) more dangerous than pankration due to the more severe injuries caused by boxing.

It was widely believed in ancient times that boxing began as a way for warriors who used shield and spear/sword to grow accustomed to the movements of fighting in combat.

The complex stepping movements of the legs; the strikes and parries of the arms holding the weapon and shield would help train a warrior for battle.

It should not be forgotten that the stance and tactics of sword and shield play were identical to those of boxing (pugilism).

The shield held in the left hand was used to jab, slam, bash, pummel or block and the sword in the right hand delivered the killing blow by stabbing or slashing.

The left lead foot was kept in front so the shield would be better positioned to protect the holder, while the unshielded right side was held back away from the enemy.

Boxing was also a way to develop the physical and mental toughness needed to face adversaries in combat on the battlefield.

The Spartans were pugilists as were the Romans and other warrior cultures.

Today by participating in boxing (pugilism), you are taking part in a great and legendary tradition stretching back to the beginning of time.
So when you train in boxing don’t just dance around throwing light jabs as you shuffle and slide with your footwork.

This just doesn’t mimic combat at all or train you for the real thing.

This was not how the warriors of the past trained; they would step, shift, and strike with power, purpose and intent.

They never wasted any movement because in combat it could cost them their lives.

To them it was a matter of life or death, and this is how you should approach your training if you want to use it for self defense in the street.

So when you train think of your fists as shield and sword/spear deadly weapons to use against your adversaries.

Get ancient on his ass when fighting, after all this is how it was done in combat on the battlefield.

And this is how it needs to be done on the streets today.