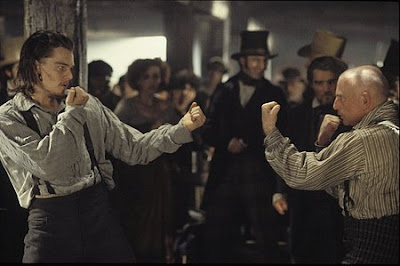 People seem to think they know about something simply because they have seen, read, or have participated in a similar thing.

In fist fighting many seem to think they know how to do it simply because they have boxed before or have seen it.

You see the problem arises because many equate boxing with fist fighting, now while they may look the same there is a vast difference between the two.

In this article I’m going to go over some of the basics of fist fighting.

I will explain the why of fist fighting and not just the how to, because once armed with this information you will not only know what the difference is.

But why there is a difference.

Because whether you know it or not, know one ever gets into a street-fight wearing boxing gloves and wraps.

The first thing you need to learn is how to make a fist.

You must roll a fist as opposed to clenching a fist, rolling causes your fist to be rock hard.

And when you roll a fist your back knuckles tend to stick out further then if you just clenched your fist.
This will cause more damage to your opponent when you strike him.

The Angle of The Dangle

Next is the angle of the fist, there is basically three ways to throw a fist: Horizontal, Vertical and Diagonal.

If you throw a horizontal punch to the head like a boxer you will have a bigger chance of breaking or injuring your fist.

Striking with a vertical or diagonal fist position is the better way, both are anatomically stronger than the horizontal position.

But for close range punching use the diagonal fist position it is the most dangerous position in fist fighting.

Both the vertical and the diagonal positions fit the contours of the face, not so with a horizontal fist.

The horizontal fist works best striking anywhere below the clavicles and not to the face or head.

The next thing to learn is which knuckles to strike with.

Basically there are three ways to do it: First Two Knuckles, Last Three Knuckles and All Four Knuckles of the fist.

The one most used by bare-knuckle boxers was the last three knuckle version.

This was the most anatomically correct position to punch from and the strongest, not to mention the most natural
position to strike from.

Now lets adjust the guard position, you need to keep your fists away from your face.

The lead fist should be about a foot and a half away from the face.

The rear fist is about half a foot away from the face below the chin level.

If you hold your fists to close to your face like a boxer it makes it easier to get hit in the face since you’re not wearing big bulky gloves to hide behind.

The only time you should bring your hands closer to your face is when in close to your opponent.

Next don’t tuck your chin too deeply into your chest, you won’t be able to rotate your shoulders very quickly, which in turn will slow your punches up.

You’ll be putting the breaks on your punches and your power.

Just keep the chin lightly tucked and learn how to slip, duck, and bob ‘n weave in other words move the head!

Other things to consider are pointing the knuckles in the direction you want to hit.

This will make you strike faster and with more power plus it will hide your intentions from your opponent.

Strike with the back knuckles of the fist, this will cause more damage to your opponent.

Learn to breathe from the belly, this will help keep you from hyperventilating and train you to keep your mouth shut.

Keep your shoulders rolled down, not raised up.

This keeps the shoulder girdle connected to the torso for increased power in your punches.

I hope you’re starting to understand that there is a lot to fist fighting than just putting up your dukes and boxing.

You need to separate the glove from the fist, the sport from combat, and boxing from pugilism.

These are just some of the basics that you need to know for fist fighting.

Hopefully this will spur you on to research how the bare-knuckle fighters of the past fought and what tactics and tricks they used to defeat their adversaries.

But more importantly that this information will be used by you to make you a better and more dangerous fist fighter.

After all I’ve never been attacked by someone wearing boxing gloves in the streets, have you?